It is a year since we launched PaganAid and the support we have received from across the pagan community has been fantastic. With your donations, we have made our first grant of £1,000 to Tree Aid to support their Women’s Forest Livelihoods project in the Passoré province of central Burkina Faso in West Africa.

This project will work with 950 women to improve their incomes and environmental sustainability by:

With PaganAid’s grant of £1,000 Tree Aid will train all 950 women how to make fuel-saving stoves. This will make a dramatic effect to the environment and the lives of these women and their families. And it is all thanks to the donations of pagans like you.

We want to make a second grant to this project, but need your help to make it happen. With just another £1,000 the women of the project can plant 4,000 native tree seedlings in the forest. Imagine what a difference that will make.

How many trees can you help them plant?

all photos courtesy of Tree Aid

Wow – its been five weeks since we went public with the launch of PaganAid and the response has been fantastic. There was a real buzz across the many pagan Facebook groups and Damh the Bard interviewed me for the OBOD podcast. Hundreds of people have ‘liked’ our posts and signed up to our mailing list, and most gratifyingly, many of them have given us a donation to support the projects we want to fund. To cap it all, on Saturday, the Devon & Cornwall branch of the Pagan Federation gave us a donation of £500. Many thanks to you all.

Behind the scenes there has been quite a lot of work going on, which partly explains why we haven’t been as vocal as we wanted. We had to iron out a few bugs in the software we are using, one in particular that was causing some problems to people trying to donate in Euros and US$. This has now been sorted and it all appears to be working well, so if you tried to make a donation and failed, please try again.

Looking ahead to the next few weeks, we want to publicise PaganAid even wider in the pagan community and convert more ‘likes’ into donations. We also need to recruit some more volunteers to help with promotion and some of the administrative tasks – more on this soon.

Thanks again to everybody for your support and enthusiasm – pagans really want to make a difference to the world we all share.

Imbolc is a time for planting seeds, and so it was in February last year that I started the process of setting up PaganAid.

I’d been thinking about it for some time – working in international development for over 25 years, I was only too aware that there was no pagan equivalent of the many Christian, Muslim and Jewish aid charities. I wanted there to be a charity that I could identify with, that reflected my love for Mother Earth and expressed my compassion for those suffering extreme poverty. But just as seeds will not grow unless they are planted, I realised that for my wish to be realised, I had to make it happen. My intent expressed, my real journey began.

The first phase involved a lot of research, writing and talking. Vision documents were written, financial projections drawn up, and a Board of Trustees established. PaganAid was officially formed on the Summer Solstice and we submitted our application to the Charity Commission for approval. Although we were confident that our objectives to relieve poverty and protect the environment were ‘charitable’ under UK law, we were still nervous as no pagan charity had previously been registered except for The Druid Network. Finally, the response came: we had been accepted and PaganAid was a registered charity!

Next, the hard work really began. Setting up a bank account was surprisingly fraught (we were given the run around and then rejected by two banks before the CAF Bank said yes), but the main challenge was setting up an on-line system that would manage the receipt of payments and communications with our supporters. We wanted to run with just volunteers and the lowest possible overheads, so everything had to be simple, automated and open-source. After trying out different options, we settled on using CiviCRM integrated with a WordPress website. Setting this up was a little complicated as we are an international charity, raising funds in multiple currencies, so we did hire in some technical support (Graham at MC3). With his help we have now established a simple website and database, which we can further develop over the months and years ahead.

We are almost ready to go live, to spread the word and encourage pagans everywhere to visit our website and make a donation. I’ve already started exploring projects that we can fund once we have some money in place (more on that later).

I believe that the launch of PaganAid represents a major step in the maturing of the western pagan community, a time where pagans of all paths join hands together and speak the truth of their values with pride and confidence. 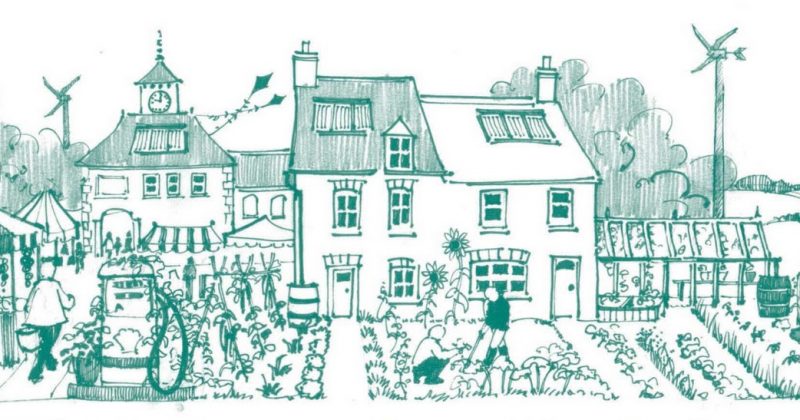